My experiment on the flower of life

There are theories and experiences that sayt hat the flower of life has a harmonizing and rejuvenating effect.

Of course I wanted to try to prove this and started a flower of life experiment. I took three white sheets of paper, drew a flower of life on the first sheet, on the second one I copied an existing flower of life image and the third I just left blank. Then I laminated the 3 sheets in water-proof film and put an apple on each sheet. To capture the change in the apples I photographed them every other day.

However, I quickly realized that apples are a very durable type of fruit. After four weeks, I could see that the apples had changed, but I couldn’t notice any differences between them. After 8 weeks the same thing. At some point I began to photograph the apples every two weeks, until I forgot them at all. But on 11.05.2014 I remembered my apples and got the camera to take another photo.

What I found out clearly surprised me. The apple with the copied image had aged and showed some small decay spots, the one with the blank sheet of paper showed larger decay spots. However, the apple on the hand-painted motif wasn’t putrefying at all, even though it was easy to see that it was aging.

This surprised me, of course, because I assumed that the two flowers were actually the same and that they would only lead to a little difference in the final result, if any. But the experiment showed that the hand-painted flower of life had a better effect on the apple than the copy.

My conclusion was, of course, that the flower of life has an influence on the environment, but that there are some differences in how we use it. This has always been clear to me in some way, but now I had proof in my hands. Of course, I also took pictures!

1. Attempt with the hand-drawn image of the flower of life 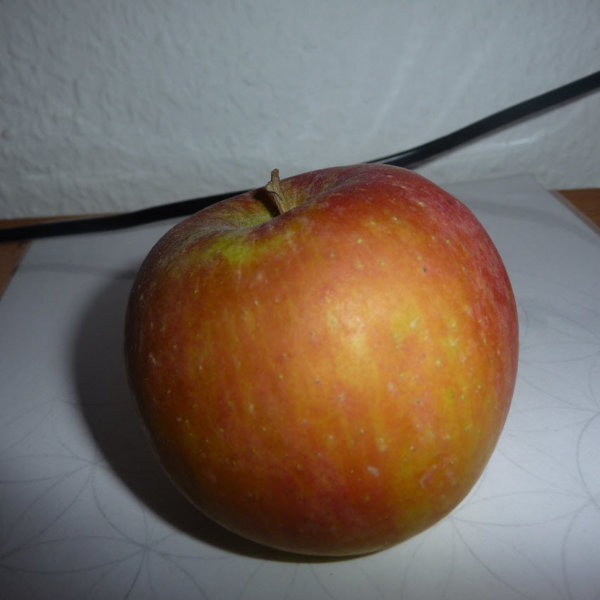 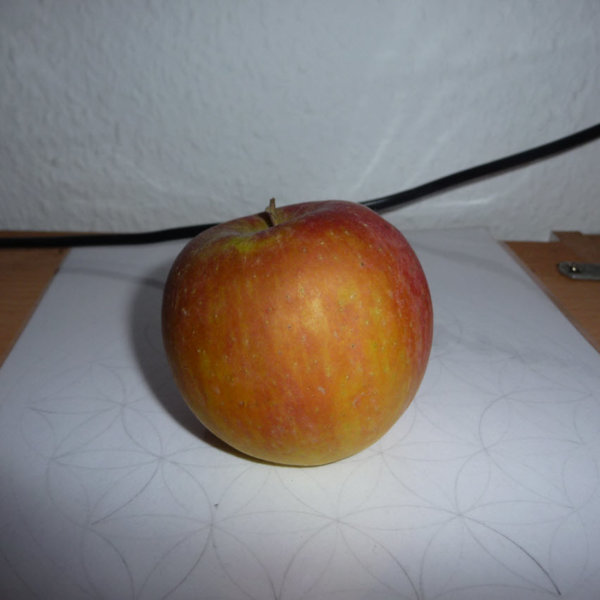 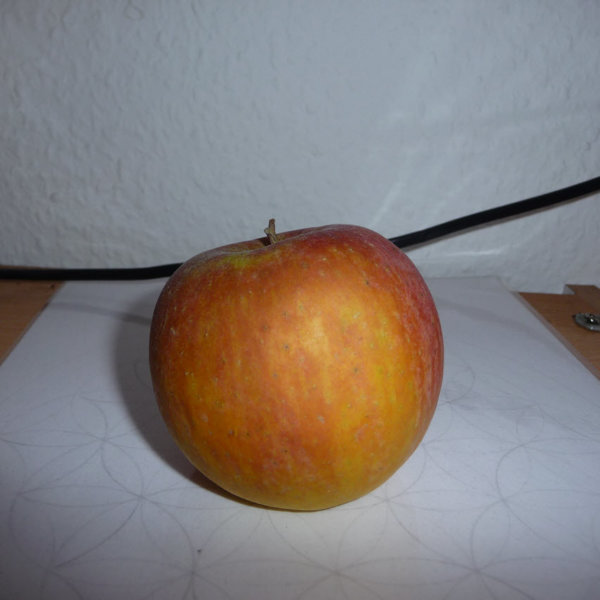 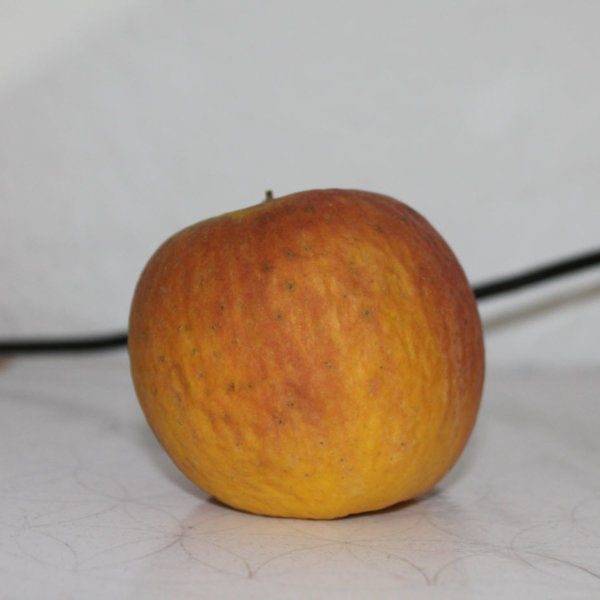 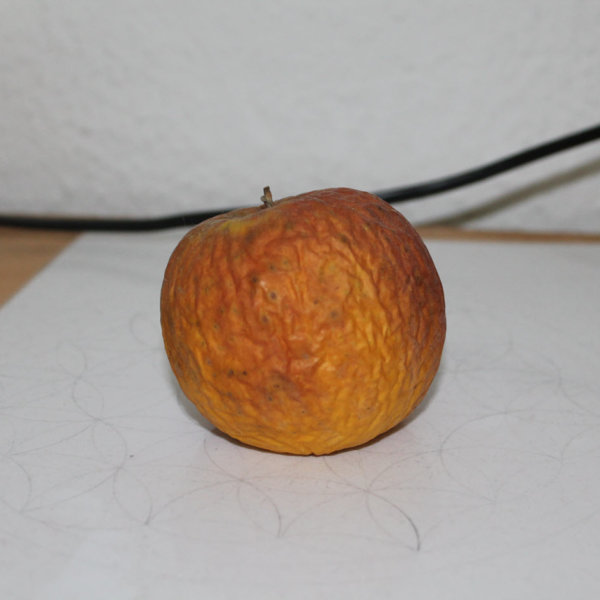 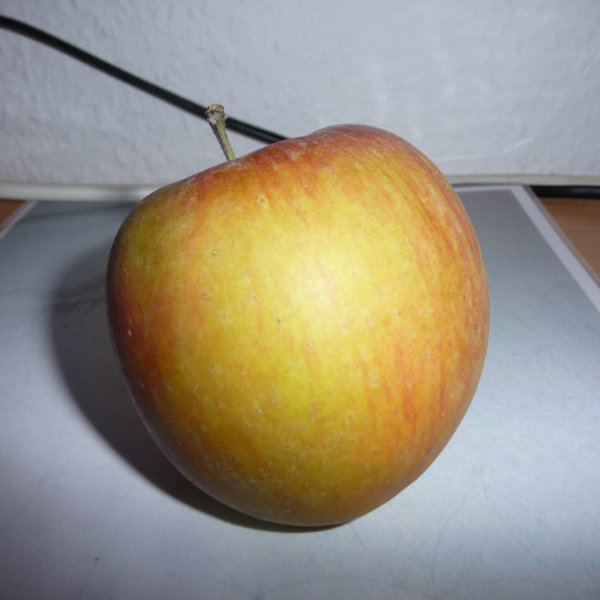 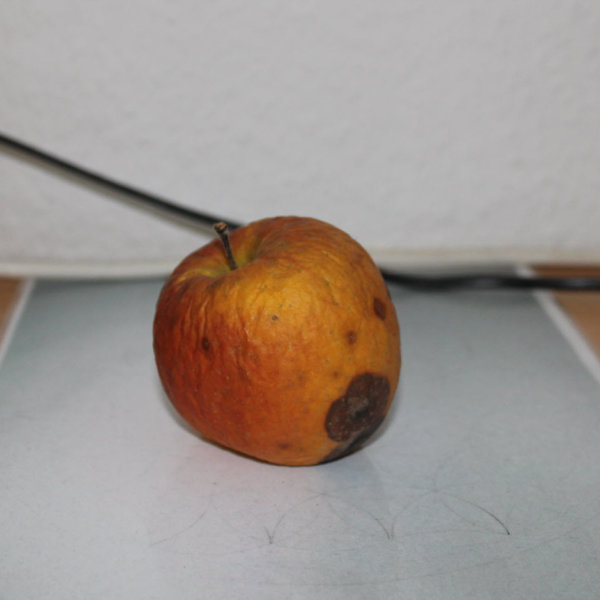 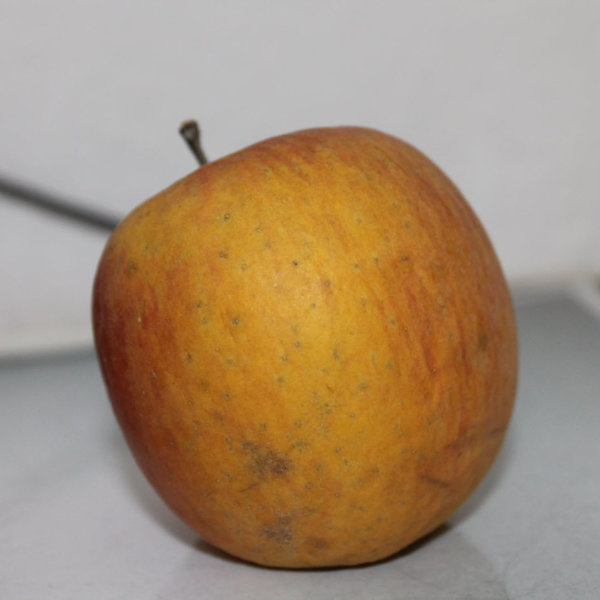 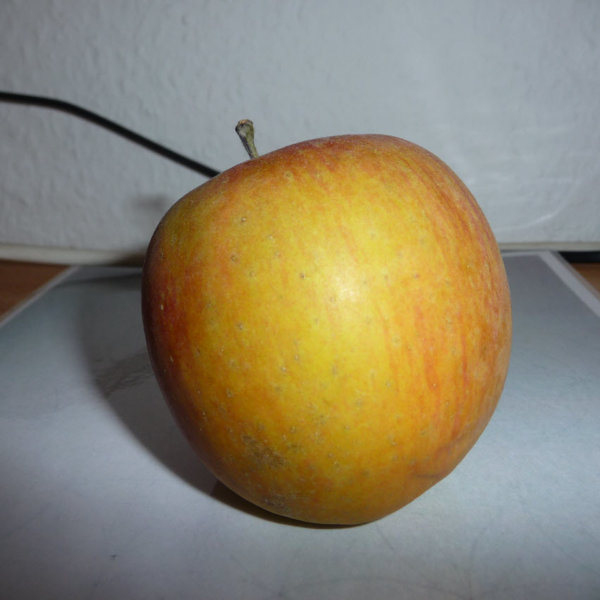 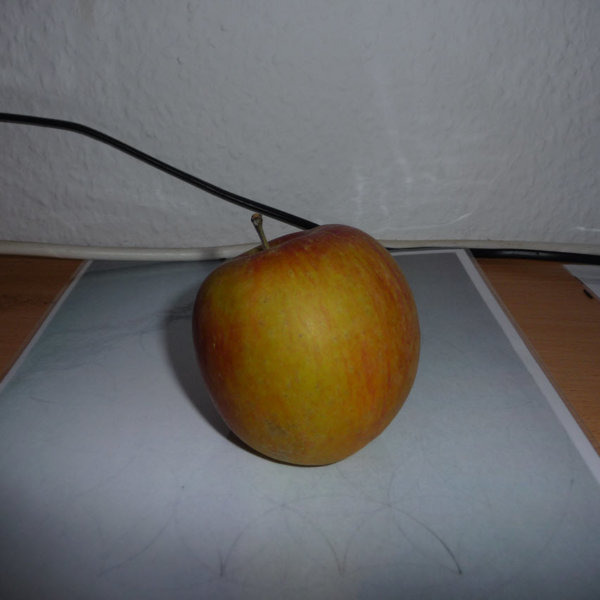 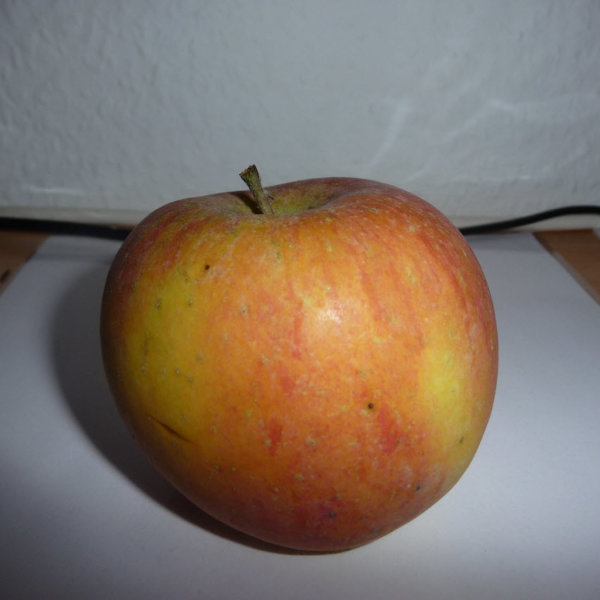 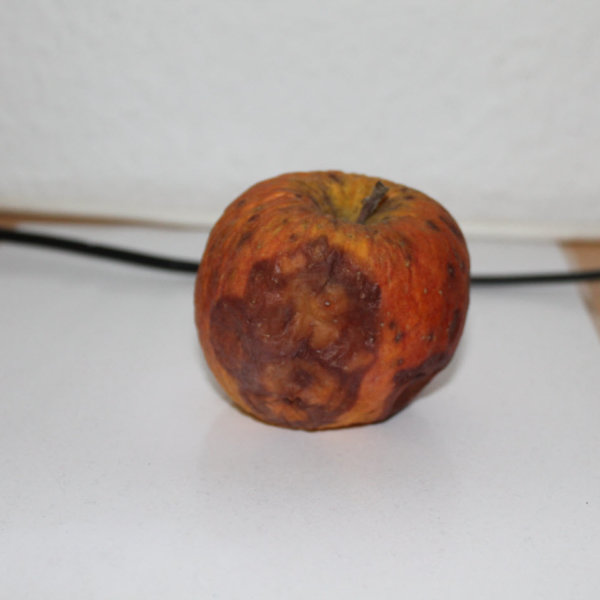 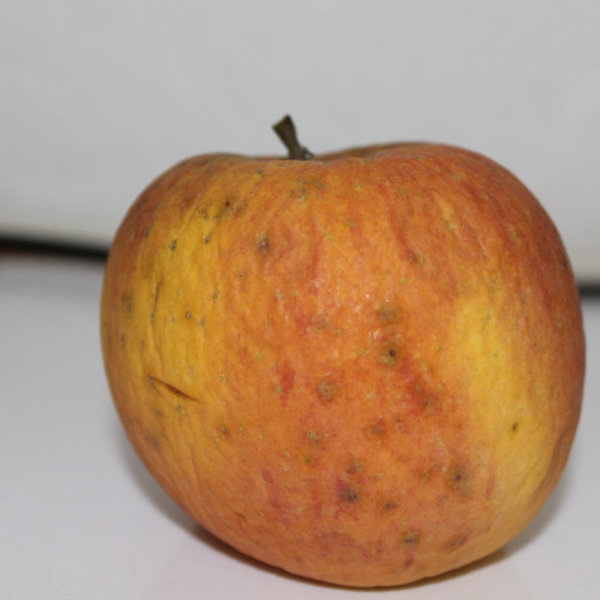 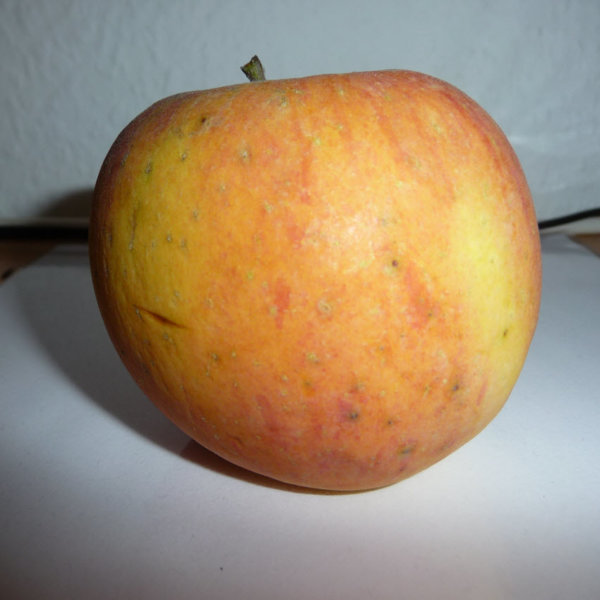 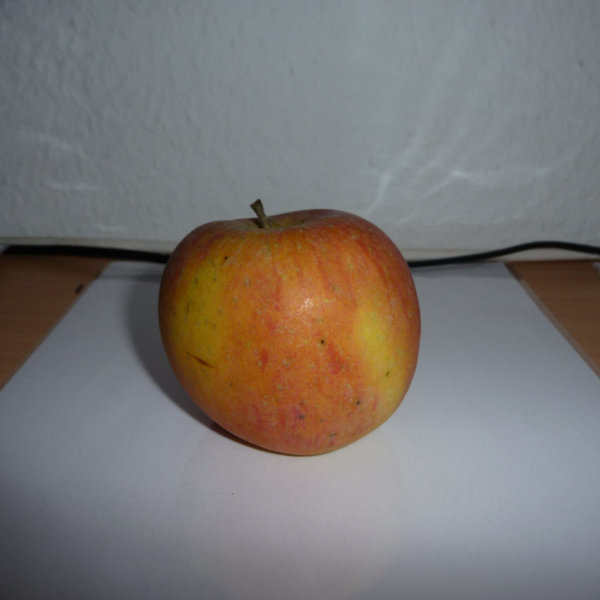 So, what are your thinking about this experiment? I wait for your comment.